In the memory of Natalya Nikolaevna Gramolina 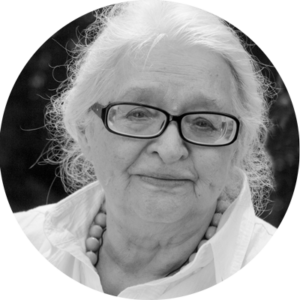 Shortly before midnight on 18 October 2020, we lost Natalya Nikolaevna Gramolina to a lung illness, which she had been struggling with for many years.
For nearly five decades, she had served as the beloved director of our museum-estate. Natalya Nikolaevna’s powerful character was the product of rugged ancestry: a Siberian mother, who died at the age of 100, and a father from the Old Believer community of Rogozh. Natalya Nikolaevna graduated from the Department of Philology at Moscow State University in 1964, specializing in the history of Russian literature. She worked at the Tutchev Museum in Muranovo, where she was an assistant to Kirill Pigariev, Tutchev’s grandson and a prominent academic in his own right.
In 1970, she married Fiodor Dmitrievitch Polenov, and moved to Polenovo where her husband, a descendant of the great painter, was the director of the museum-estate. From that point on, her life was dedicated to this unique place. Thanks to her inexhaustible energy and unwavering commitment, Polenovo has become a pearl of the Russian cultural world as we know it today.
Natalya Nikolaevna was renowned for her public role in Russia’s cultural life. She belonged to the country’s intelligentsia, was a strong social activist, and served on the Cultural Committee of Russian Federation’s Civic Chamber, as well as many other important organizations.
Natalya Nikolaevna was a wonderful woman with a unique, untamed personality, which drew in people from all walks of life. Her life-affirming energy and sense of humor were an inspiration to everyone around her. She was part of the nucleus of Russia’s cultural heritage preservation community, and her legacy will live on beyond the museum to which she dedicated her life.
It is hard to believe that Natalya Nikolaevna is no longer with us, and it will take us a long time to get used to the new reality. But her spirit will live on, and we will do our best to carry on her outstanding work.
Rest in peace, our dear Natalya Nikolaevna.