POLENOVO finally opened its doors after the lockdown, and the museum celebrated this anticipated event on the very first weekend of the deconfinement with their French friends!

On Sunday, the 12th of July, upstream of the French National Day of the 14th of July, POLENOVO hosted a French picnic.

On the program that day: a French products market, “pétanque”, a masterclass of decoration for picnics with Cécile Rogue, a parade of French bulldogs, an exhibition featuring the work of Muriel Rousseau-Ovtchinnikov, and songs interpreted by the soloist of Bolshoï Theatre, Daria
Davidova.

The event was organized by the Franco-Russian Chamber of Commerce and Industry (CCIFR), with the help of the French Embassy in Russia, the authorities of Toula oblast, the French Institute of Russia and the agency coRus.

The festivities were introduced by the French Ambassador in Russia Pierre Lévy, the first deputy governor of the Toula region and the president of the regional Government Valérij Cherin, as well as the president of the Franco-Russian Chamber of Commerce and Industry Emmanuel
Quidet.

The photos of the picnic are available here. 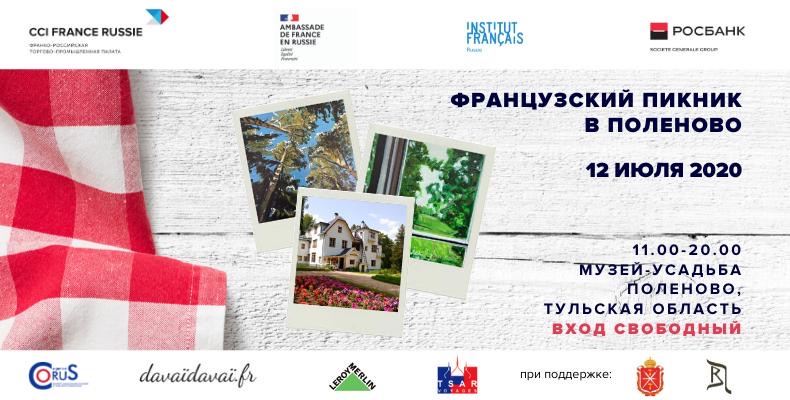