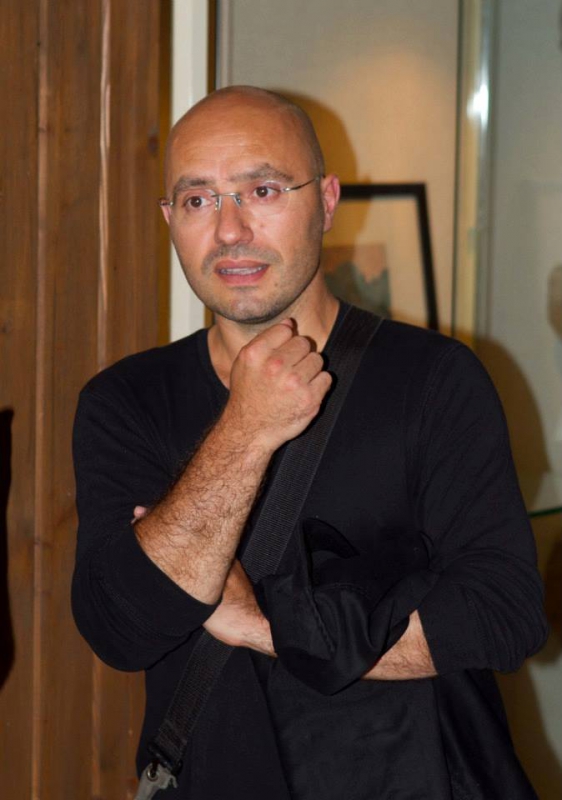 Benjamin Bozonnet was born in 1974 in France and he is a professional French painter. He began his artistic training at Ecole Boulle and then at the Ecole Nationale des Beaux Arts in Paris. He participated in more than 30 exhibitions in France and abroad, in China or Sweden for example. Benjamin Bozonnet is an inveterate traveler, passionate about practicing his art around the world. He says about his painting that it is often enigmatic by its forms and perspectives, but he always wishes to give keys of understanding to the visitors. His paintings are of those that should be explored with a compass, they are at his image: an adventure.

Benjamin Bozonnet and Olivier Bleys have worked several times together and have come to know each other by combining their artistic and literary skills. In 2013, they both became residents of the A‑I‑R program in Polenovo. The painter was blessed by the moving nature, lively in its colors and reassuring by the paths across the trees. The writer completes the paintings in subtlety with verses of sincere and lyrical impressions about the same landscapes. Inspired by the work and the estate of Vassily Polenov, they spent several months creating and producing. The duet dedication gave birth to a book, House for an Wanderer. They manage to incense an eternal and universal Russia, the Russia of rivers and forests.