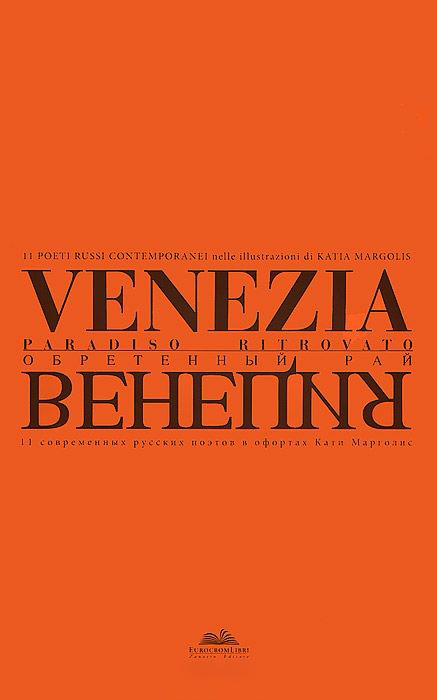 
This book is totally uncommon. Its originality consists of uniting the poems about Venice written by a row of Russian poets who were contemporaries of Joseph Brodsky. Here are collected the poems of Yury Kublanovsky, Alexander Kushner, Anatoly Naiman, Olga Sedakova, Yevgeny Rein, Bakhyt Kenzheyev, Alexey Purin, Victor Kulla, Elena Ushakova, Boris Khersonsky and Lev Losev. Some of the poetic texts are published for the very first time.
The foreword of the book was written by Pr. Vittorio Strada. The poems were translated in Italian by Mirella Meringolo, Alessandro Niero, Claudia Scandura, Francesca Chessa and Ekaterina Margolis.
Ekaterina Margolis is both the editor and the illustrator of the book.
This publication was conceived as an exclusive edition, presented in the form of a series of dedicated texts, accompanied by translations and illustrations accomplished in the form of etchings. Each poem is published in two languages: in Russian and Italian.