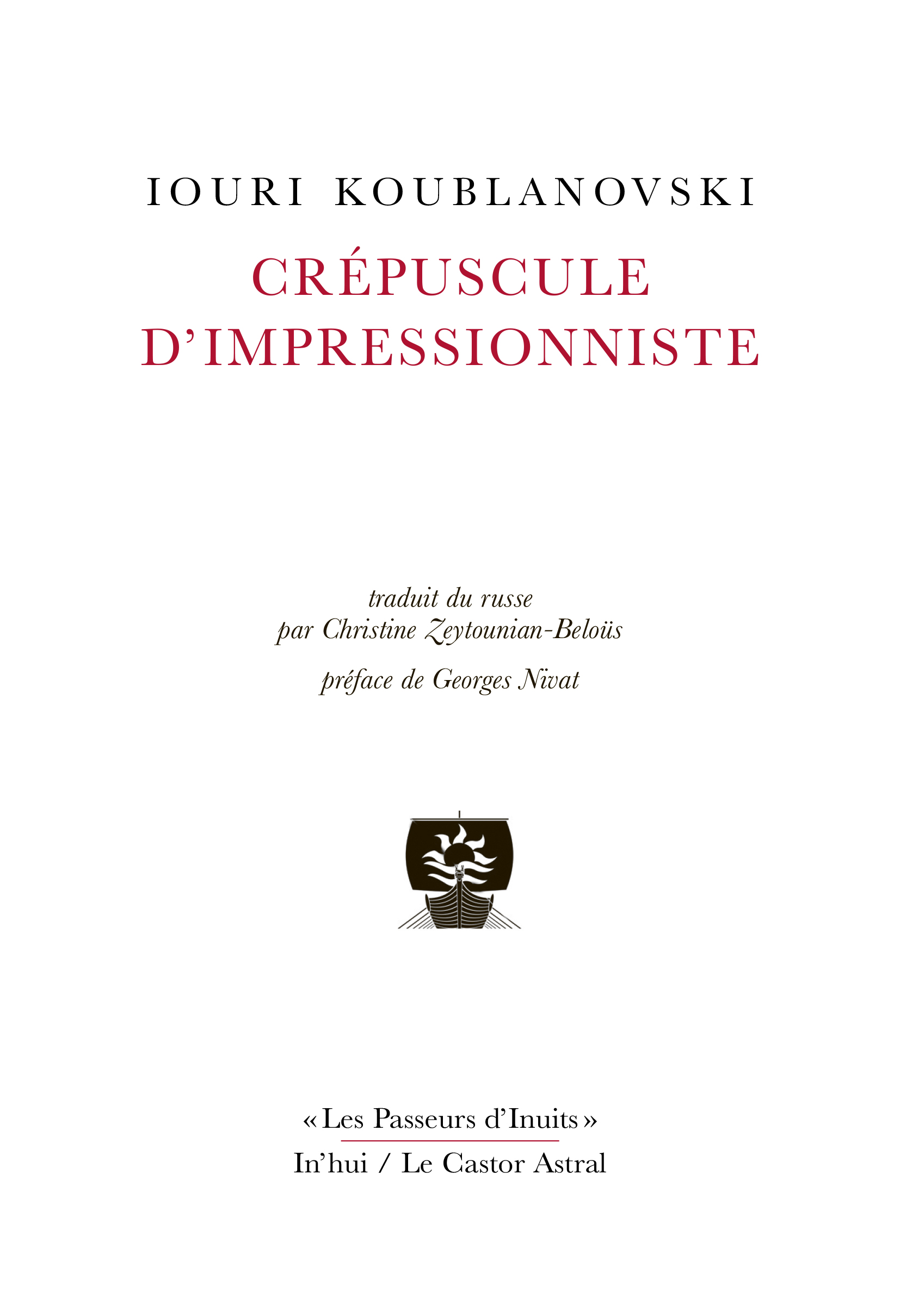 «Dusk Of An Impressionist»

«Dusk Of An Impressionist» is the name of the book in which for the first time are united the poems written by Yury Kublanovsky in France or about France, between 1982 and 2016. Having returned to Russia, the poet reckons up his long-lasting forced wandering.
The poems were translated by an experienced translator Christine Zeytunian-Belous. We are extremely grateful to Pr. George Niva for a beautiful preface.
The first presentations of the book took place in Paris at the international book fair Livre Paris as well as at the Aleksandr Solzhenitsyn Cultural Center in Paris.