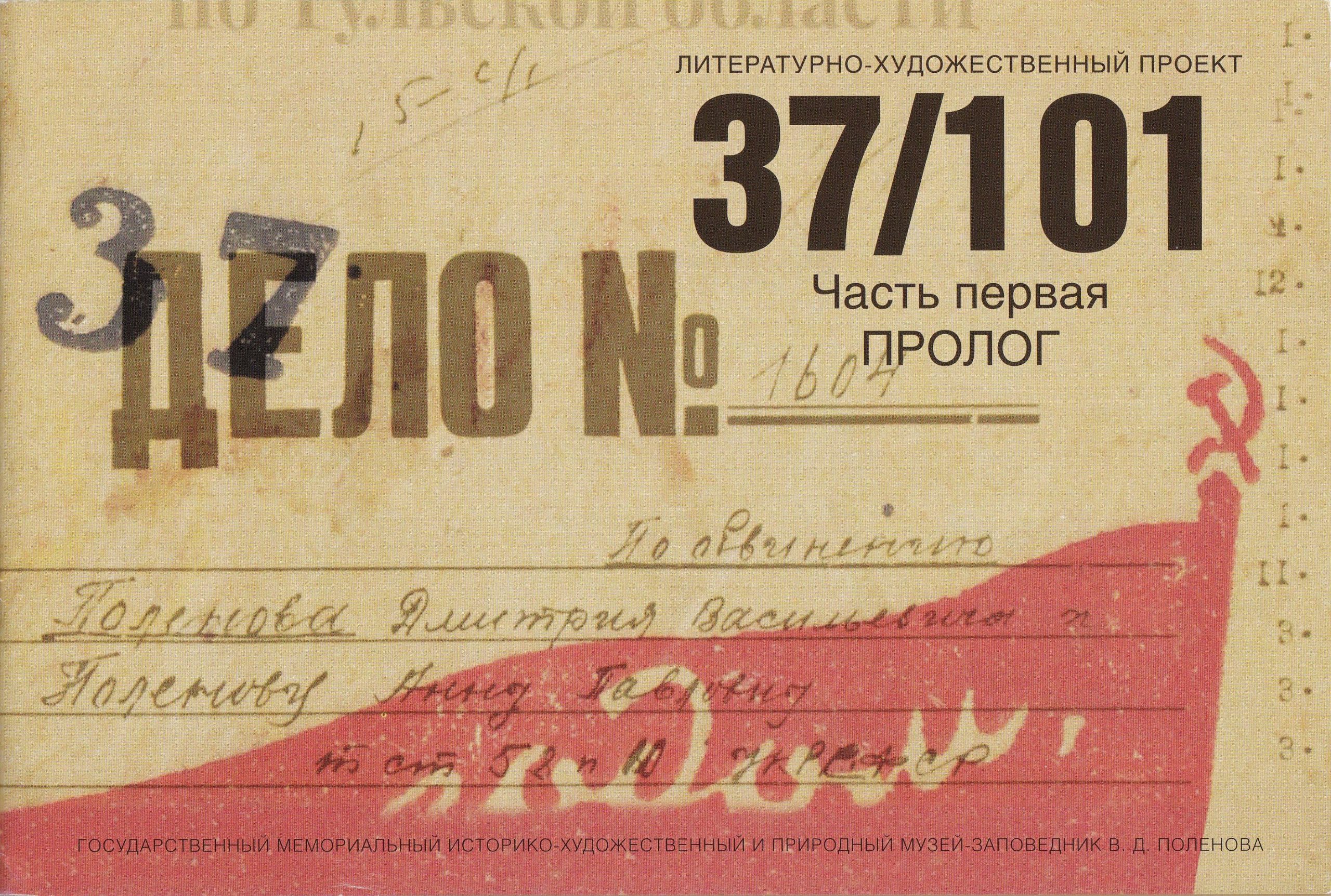 This booklet accompanies the first exhibition of the literary and artistic project «37/101», which was entitled «First part. Prologue» and took place in POLENOVO in 2017. This project is a deep historic study resulting in a series of exhibitions of documents and objects, all connected by the same idea – a description of the Polenovs circle generation, of their fates in the 20th century. These people were bred and educated before the Russian revolution of 1917. During the Soviet times some of them were exterminated, some shot, some imprisoned, deported, some wandered, some emigrated, some tried to adapt to the regime. The prologue tells about the life of Dmitry Polenov, the first museum director, about his work and preoccupations till the tragic day of his arrest on the 23rd of October 1937. The following part of the project will recount the Gulag routine of Dmitry Polenov and will describe his homecoming from the detention. The curators’ group consisted of Gabriel Superfin and Lev Polivanov, both historians and archivists. They used as sources for the project the POLENOVO museum’s funds as well as state and ministerial archives, and private collections.